Don’t Forget about Ants on the Yellowstone River! 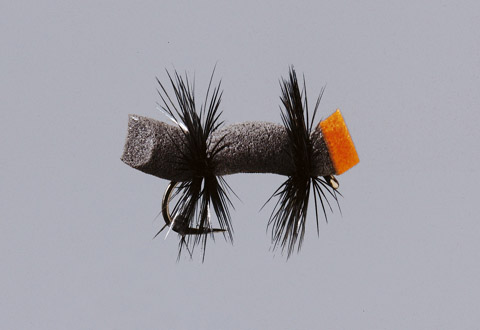 Hoppers are the terrestrials that get most of the press these days. And to be sure, the trout on the Yellowstone River continue to eat a boatload (pun intended) of various hopper patterns, though perhaps not as greedily as they did a couple of weeks ago. The same goes for the rivers up in the northeast corner of Yellowstone National Park, as well as in the Paradise Valley spring creeks. By now, the fish have seen a ton of foam hoppers floating by, so you might want to switch it up a bit with your hopper patterns as we move into the end of August and beginning of September. We’ve got a large number of different hoppers here at Sweetwater Fly Shop and would be more than happy to point out a few that aren’t being thrown by every angler out there.

But hoppers aren’t the only terrestrials that the trout of the Yellowstone River (and elsewhere) will eat with abandon. Ants (and beetles) are favorites on their menu as well. They’re small and not as flashy as their bigger terrestrial cousins, but the trout sure love them! A lot of them are on the river banks right now and are being blown into the water by the warm Montana breezes. You should be fishing them, trust me!

The Yellowstone River’s trout seem to be really into ants these days. Sweetwater Fly Shop guide Beau Peavey reported having the best ant bite he’s ever seen the other day in the Paradise Valley. And I caught some nice fish on ants above Yankee Jim Canyon yesterday (even during and after the near-total solar eclipse). They’re a good bet on the Lamar River, Slough Creek, and Soda Butte Creek up in Yellowstone National Park as well. And they’ll fool the picky fish on the spring creeks, which make them a good dry fly to try right now while there aren’t any major hatches happening on the creeks.

Because they’re so small and low-riding, ant patterns can be difficult to see on the water. I will almost always tie one on as a dropper behind a bigger dry fly, such as a hopper. Just tie about 2 1/2 feet of tippet material off the bend of the hook of the larger fly, then tie the ant or beetle to the end of that. If you see a fish rise near your hopper, or the bigger fly goes under unexpectedly, set the hook. Chances are, you’ll find that a nice trout has passed up the larger dry fly and eaten your ant.

Go ahead and give ants a try. I can almost guarantee that you won’t be disappointed!