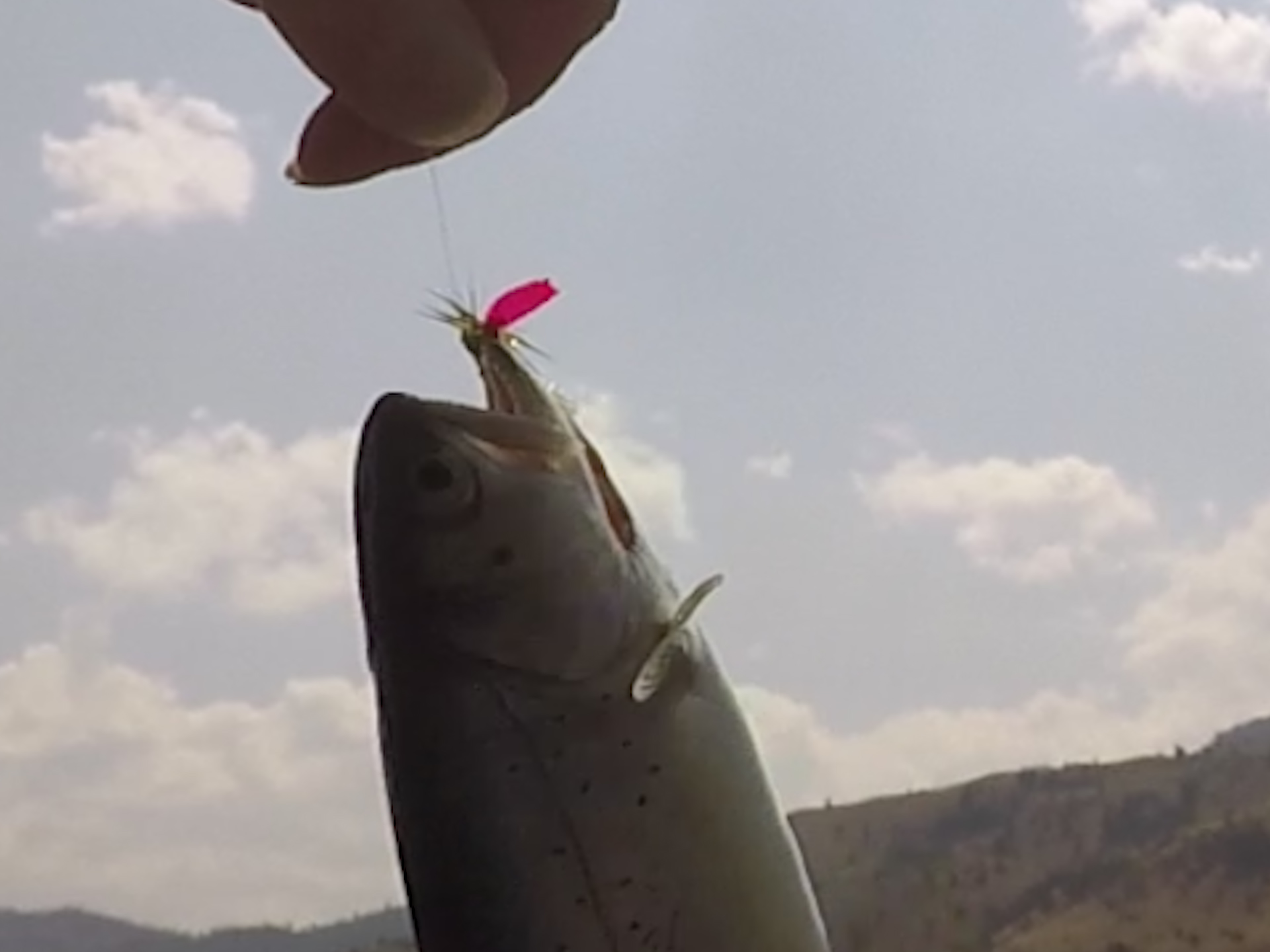 First, the basics. Submit a photo of a fish that you caught on a Rude Trude. It’s that simple (sorta)! The Rude Trude fly itself should also be in the picture (that electric pink parachute post is pretty easy to spot).

If you’ve never heard of the Rude Trude dry fly, you’re among good company, and you didn’t read our earlier blog post on the subject. Read it now, then click on your browser’s “back” button and continue learning about the contest details.

Second, let us be very clear – “Rudie Can’t Fail” is a photo contest, not a fishing contest! Montana law does not allow fishing contests on public waters, and we don’t want to run afoul of The Long Arm of the Law. We will be judging the photos you submit, not the size of the fish pictured therein. That said, we sure do like pictures of big trout, the bigger the better. So if you do happen to catch a toad on the Rude Trude, be sure to take a photo and submit it to the contest. Enough said.

There will be only one grand prize winner, but beyond that the sky’s the limit. And as we pointed out above, the grand prize won’t necessarily go to the angler who catches the biggest trout. We’d love to get a ton of entries, so submit your best photo (or photos) even if you don’t believe that the pictured fish will be the biggest or prettiest. If we get more than a few entries, we’ll award category winners (smallest fish, most exotic species of fish, who knows what we’ll come up with?) and associated prizes. And if we just really like your photo, we’ll make up a category for you to win.

You must catch the fish on an unadulterated Rude Trude! That means no taking a Sharpie or a pair of scissors to the bug to make it “fishier.” And no catching a fish on another fly pattern and sticking a Rude Trude in its mouth for the photo. Yeah, it’ll be hard for us to enforce these rules, but nobody likes a cheater. Don’t be a cheater!

Yes, we will be awarding an awfully nice grand prize (and probably some other category awards). We’ll put up another blog post once we decide exactly what we’re giving away (we’re kind of making this up as we go). All judgments and awards are entirely at our discretion. But this contest is first and foremost about having fun and embracing a fly fishing challenge. No sore losers, please! Have fun!

If you are not in the Livingston, Montana area (and are therefore unable to pick up your free flies in person) but would like to participate, give us a call at Sweetwater Fly Shop (406-222-9393) with your shipping address and a credit card. For the actual shipping cost (we promise we won’t gouge you) we’ll send you some Rude Trudes to try out on your local waters.

Submit your photo entries by attaching them to an email with “Rudie Can’t Fail” in the subject line. Feel free to email us as well if you have any questions. If we don’t know the answer, we’ll make something up.

The deadline for us to receive your photo via email is midnight (Mountain Time) on Friday, September 15th, 2017. But if you get a good fish photo tomorrow, go ahead and send it to us right away so you won’t forget. Multiple entries are allowed, so you can always send another photo if you get a better one later on.

Good luck, have fun, and may the pink post be with you!