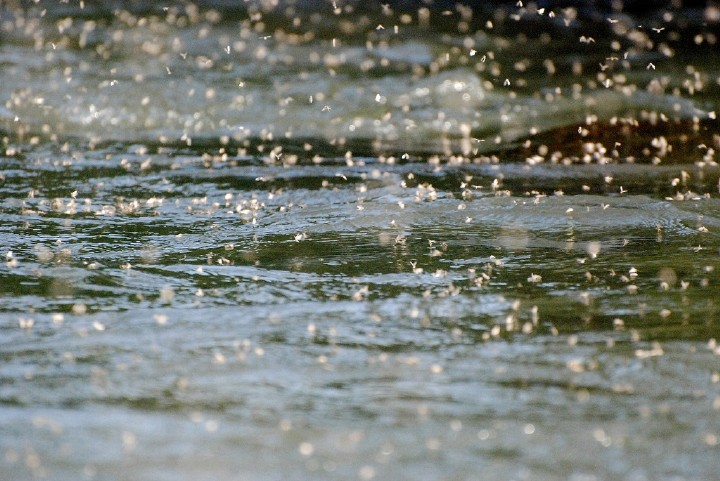 Just a quick update on the 2021 Mother’s Day Caddis emergence. We’ve been seeing more bugs on the water and on the rocks and willows, primarily near Livingston at this point. So far, nothing’s happening high in the Paradise Valley. The dry fly fishing should heat up through the week, with warming water. Take a “Caddis Fever” sick day Friday afternoon? The Yellowstone River is dropping and clearing and currently has plenty of visibility for fish to be eating on top. It’s just a matter of when things are going to really go off. There’s more cool weather in the forecast, and that could throw a wrench in things. Stay tuned, and we’ll keep you updated. In the meantime, here’s a tidbit of caddis advice from a couple of years ago. I would add to this, that if you’re seeing splashy rises, the fish are probably chasing fast emerging pupa as they swim to the surface. Fish an emerger!

“If you’ve never experienced the Mother’s Day caddis hatch, you really should. Just seeing so much bug life in the air, in the bank-side willows, and on the water itself is a marvel. Truthfully, it can often be frustrating fishing, with so many naturals for the fish to choose among (and to make your own imitation indistinguishable). But keep casting and you’ll eventually find some takers.

Most folks think of the Mother’s Day hatch as a dry fly event, but like most hatches it’s truly a progression. Trout will eagerly take caddis pupa patterns before (and during) the hatch itself, and will often show a preference for an emerger over a “traditional” dry fly. So why not fish a double-fly rig with a caddis dry and an emerger or lighter pupa as a dropper? And if you’re having trouble seeing your fly among the real bugs, try dropping the dry from a bigger, more visible attractor dry. Not only will the larger pattern give you a better idea of your caddis imitation’s vicinity, it serves as an “indicator” if your fly gets eaten and sometimes the fish will take the attractor itself, as if they’re tiring of the same old meal.”